Making My Own Powdered Sugar With My New Favorite Kitchen Tool Hope spring is being good to everyone!  It's been a while since I last posted and much has changed on this little homestead but that can be saved for another day.

Today is about my latest favorite kitchen tool, a coffee bean grinder, that is, truth be told, almost never used for its intended purpose, grinding coffee beans.

Today started out with me making bread.  When my granddaughter came in and saw what I was doing she asked me to make it into fry bread instead of white bread. Since I use the same bread recipe it was easy to just change course in the middle by just dividing the made dough up into pieces to fry instead of letting it rise to make bread.   Normally when I do fry bread I don't let it rise at all but I had put a tad more yeast in it and it began to rise fast. Normally I don't let fry bread rise at all. 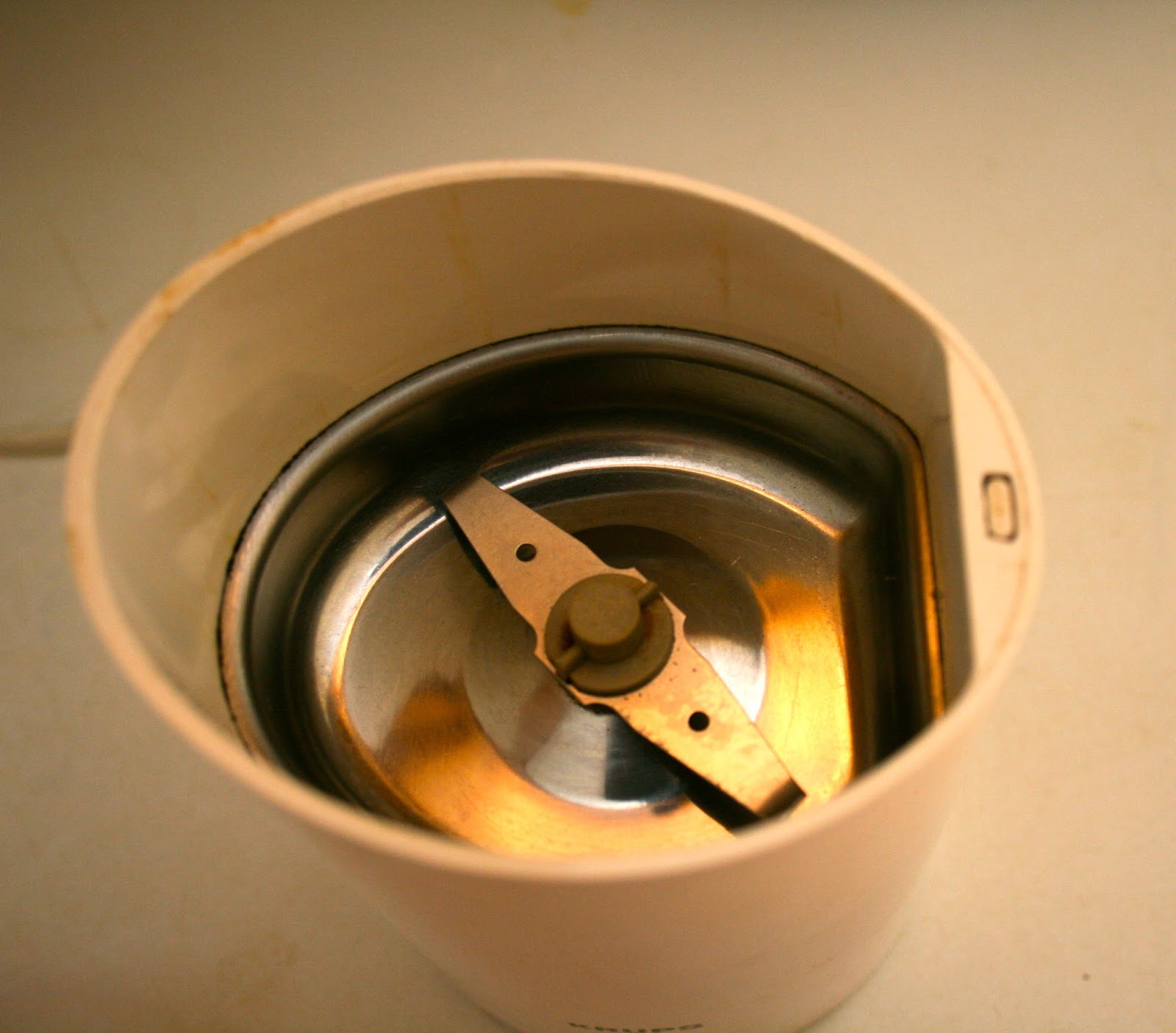 I will never again buy powdered sugar.  It was so easy to make powdered from regular granulated sugar.  Powdered sugar seems to get an old or stale taste so quickly I have always had a hard time keeping it on hand.  Until today that is.  Now I can have fresh powdered sugar whenever I need it!

You can also make superfine sugar this way with less time and fewer pulses.  I've seen this called for on occasion in recipes but never seen it at the store.  I think it's used in England more than in the U.S. but it's texture is somewhere between granulated sugar and powdered sugar. 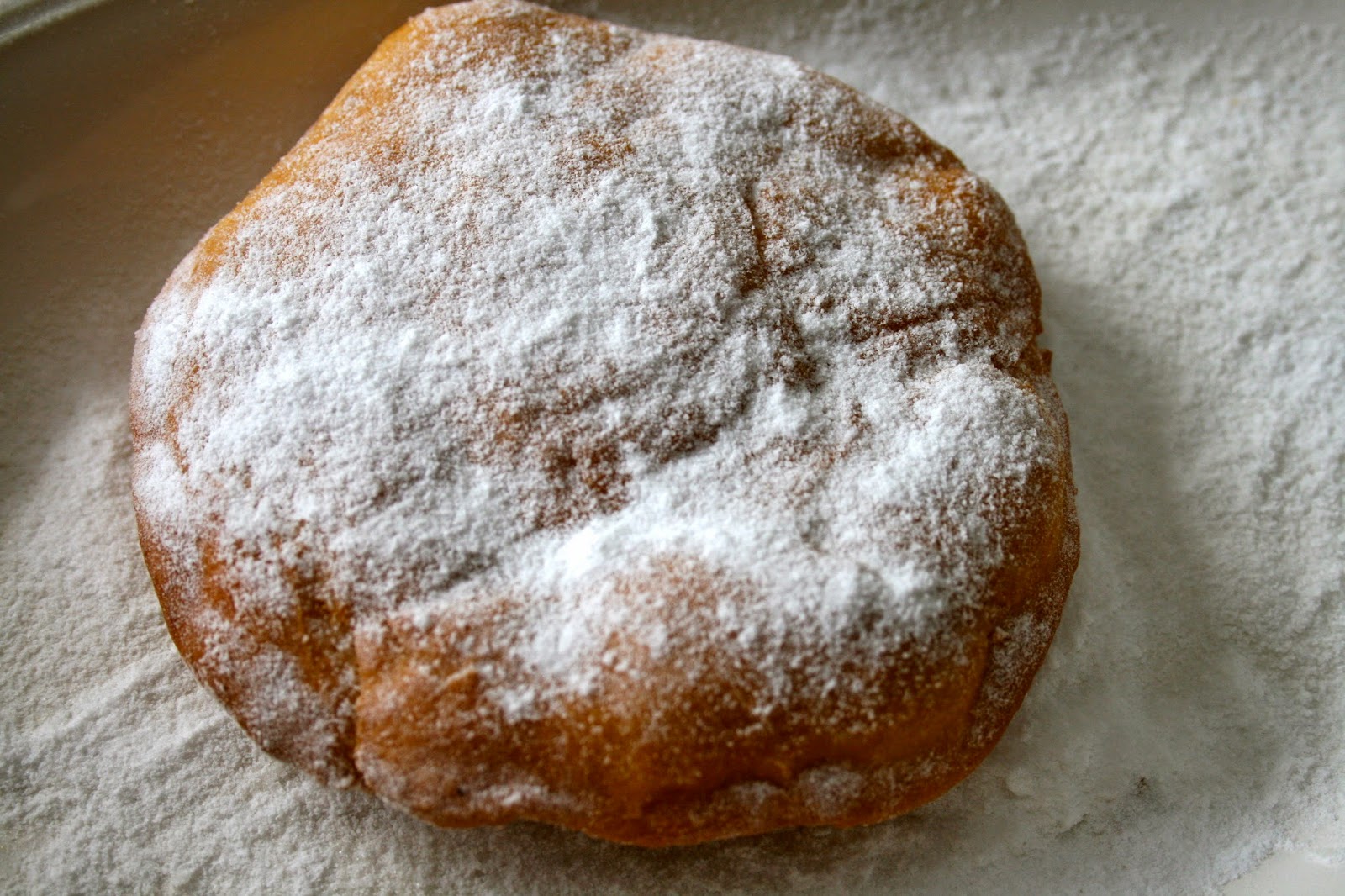 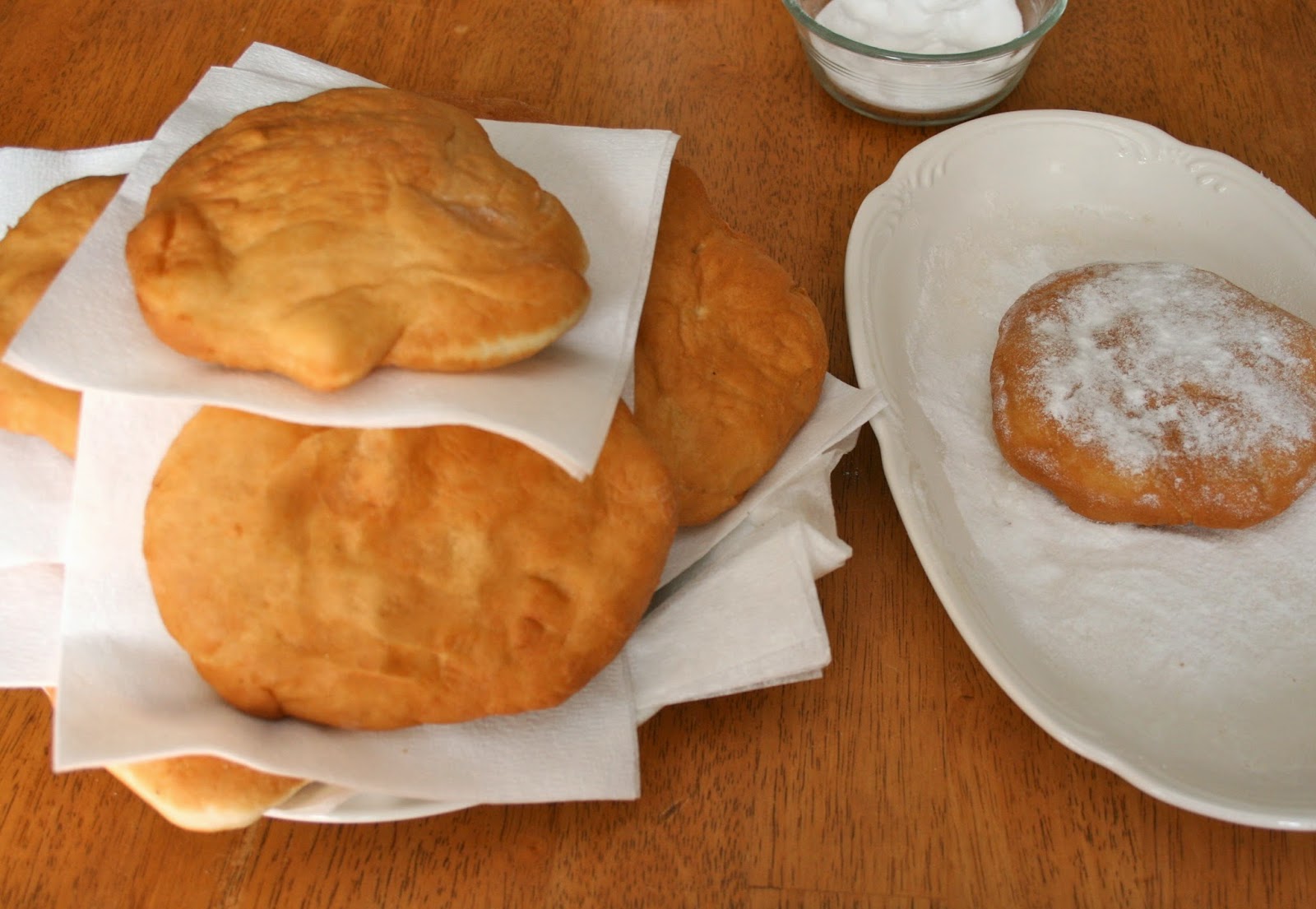 To make these donuts just omit the jalapeno's and cheese from it, divide after making the dough into however many pieces you want (I think I got about 15), leave to rise a few minutes, not doubled but you should be able to see some growth going on, and then fry in 350 degree oil an inch or so deep, or if you don't have a candy thermometer, heat the oil as you would for fries. Brown on each side and put on paper towels or napkins when done to absorb the extra oil.  They cook up fast.  I used peanut oil.

Although used a couple of times for coffee beans mostly I've found other uses for it.  It chops up dried spices for croutons or other recipes that requires spices to be smaller.  Like dried rosemary with it's long pine needle like leaves which give great flavor but are a better addition to most recipes after a pulse or two in the Krups has chopped them down to size.. I started doing this routinely when I started making my own croutons.

I've also used this little coffee grinder to make baby chick food.   Some sweet goat feed, and an egg shell pulsed in the Krups until it's the appropriate size for baby chicks, then mixed with a bit of regular chicken food, some grit and a crumbled up hard boiled egg makes a wonderful baby chick food.

I am sure you can do all this in a larger food processor but I hate using a big bowl for a small amount of chopping.  The coffee bean grinder is just the right size for some jobs, handy to use and easy to clean and in my house gets as much or more use than my big Kitchen Aid processor.

Anyone else out there using a coffee grinder in their kitchen for jobs other than grinding coffee beans?  I would love to use mine for more things.

Email ThisBlogThis!Share to TwitterShare to FacebookShare to Pinterest
Labels: Food If you visit my facebook page this is a repeat for you but lots of folks don't visit FB and I wanted to share this with those folks too.

Amazon is offering this amazing book "Locally Grown" for free right now.  I downloaded my copy a few days back and LOVE it.   It's about some of the midwestern artisan farmers producing vegetables, meat, dairy products etc that supply some of the better known Chicago restaurants like Stephanie Izards  A Girl and Her Goat and Rick Bayliss's  Frontera.

Each chapter focuses on a different farm and tells their story along with pictures, recipes from the chefs at these great restaurants and tidbits of other info.   I loved the stories and pictures and want to try some of the recipes.   It's an inspirational read and the price can't be beat.    Don't have a Kindle?  Download the free app to your phone or computer.

I wanted to share a great goat blog I visited.  If you are just learning goat structure or are fairly familiar with goats you will learn a lot.  Just the info about how to evaluate a goat on this site will be a huge help for most, myself included.   They have many many diagrams like the one above and lots of great pictures covering every part of the goat plus lots of other valuable goat info like when it's worming time, disbudding, choosing a buck for your does etc.   It's a Kinder site but much of the info can be for all goats.  I'm adding them to my blogroll.

Stop by and tell them A Tiny Homestead sent you!

Email ThisBlogThis!Share to TwitterShare to FacebookShare to Pinterest
Labels: Goats

So far this winter the only time I can get the goats into their hut is when it's raining or snowing.   I've tried locking them in at night but they hate it so much that the next night they won't come near me for fear of being locked in again.  Any other time they're right at your side.  It can rain all day or be snowy and if it's stopped at night, even though the ground is wet they sleep outside on the wet ground.   It makes me crazy.

So today I drove a couple of T posts into the ground and hung a tarp for a little bit of shelter.   I figure it  has to be better than nothing.    I added an entire bale of hay on the ground for bedding and put their feeders in there to encourage them to use it. 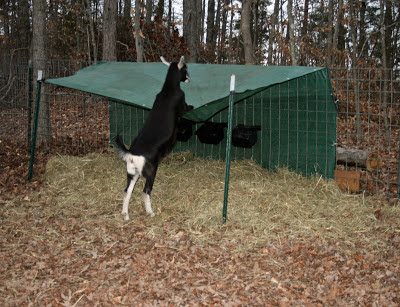 They were sure that big green tarp was really some kind of toy.   I'm not real sure if it will last all that long but at least I'll know before I build another more permanent structure if they will actually use it this time.

When I was putting the feeders on the fence I was surprised that it was noticeably warmer under the tarp.   With all that hay to snuggle down in they should be more comfortable. 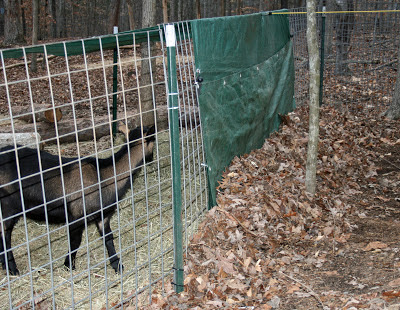 I put boards along the bottom and then covered it with 18" of leaves to help with the wind.  Lacie isn't at all sure about going in at this point.   On...yes.  In....not so much. 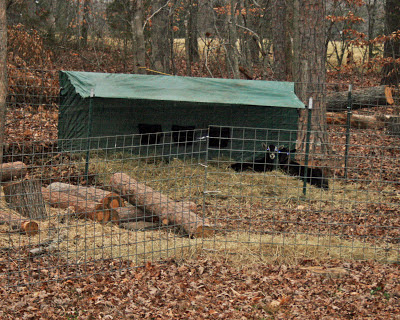 After we went in the house they decided to give it a try.    I think if they don't tear it down trying to  play on it they'll use this alot more than they have the goat hut.

I love blogging but sometimes I get caught up in life away from the computer and have a hard time finding my way back.    Hope everyone has had a great fall and Thanksgiving.

I have always had a love of books and lately that interest in has expanded to include bookmaking and bookbinding.   The journal above was my first experience in making a book from start to finish; choosing paper and cover materials, making signatures, deciding on the appropriate binding style and then sewing it all together.

I've also been working on a scrap book for Malia.   I have been making it from an altered book and will share what  I we, did when it's done.  For anyone with kids I think you'll really enjoy it.   It took on a life of it's own and became a wonderful experience that let us relive the memories of pictures included while making it into something both meaningful and fun at the same time.

Sometime around 1920 my grandmother married a young man from Italy and being the great cook she was she took on the task of learning to cook all things italian as if she too came from Italy.  Thanksgiving tradition in her home, which was where I spent every Thanksgiving was based on vast quantities of scrumptous homemade italian foods.   Handmade raviolis & pastas, meats that had cooked in various italian sauces for hours and hours.   Side dishes, like more traditional Thanksgiving feasts, were plentiful and delicious but not what you would typically find on most tables.    Desserts were rum cakes and italian cookies and lots of pies.

Some years I will still have italian Thanksgivings.   Nothing to rival my Nana's that's for sure.   This will as a rule leave me with the need to make a turkey a week after everyone else is finishing up their leftovers.   My 25 lb bird is in the oven as I sit here blogging.   I just can't pass up a good sale on turkey.

Thanks Victoria for getting me here today! 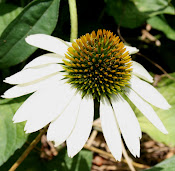 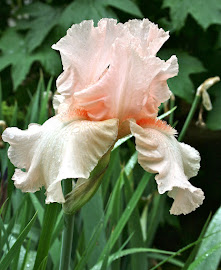 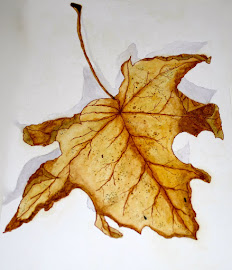 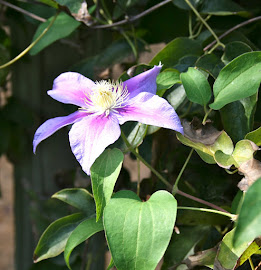